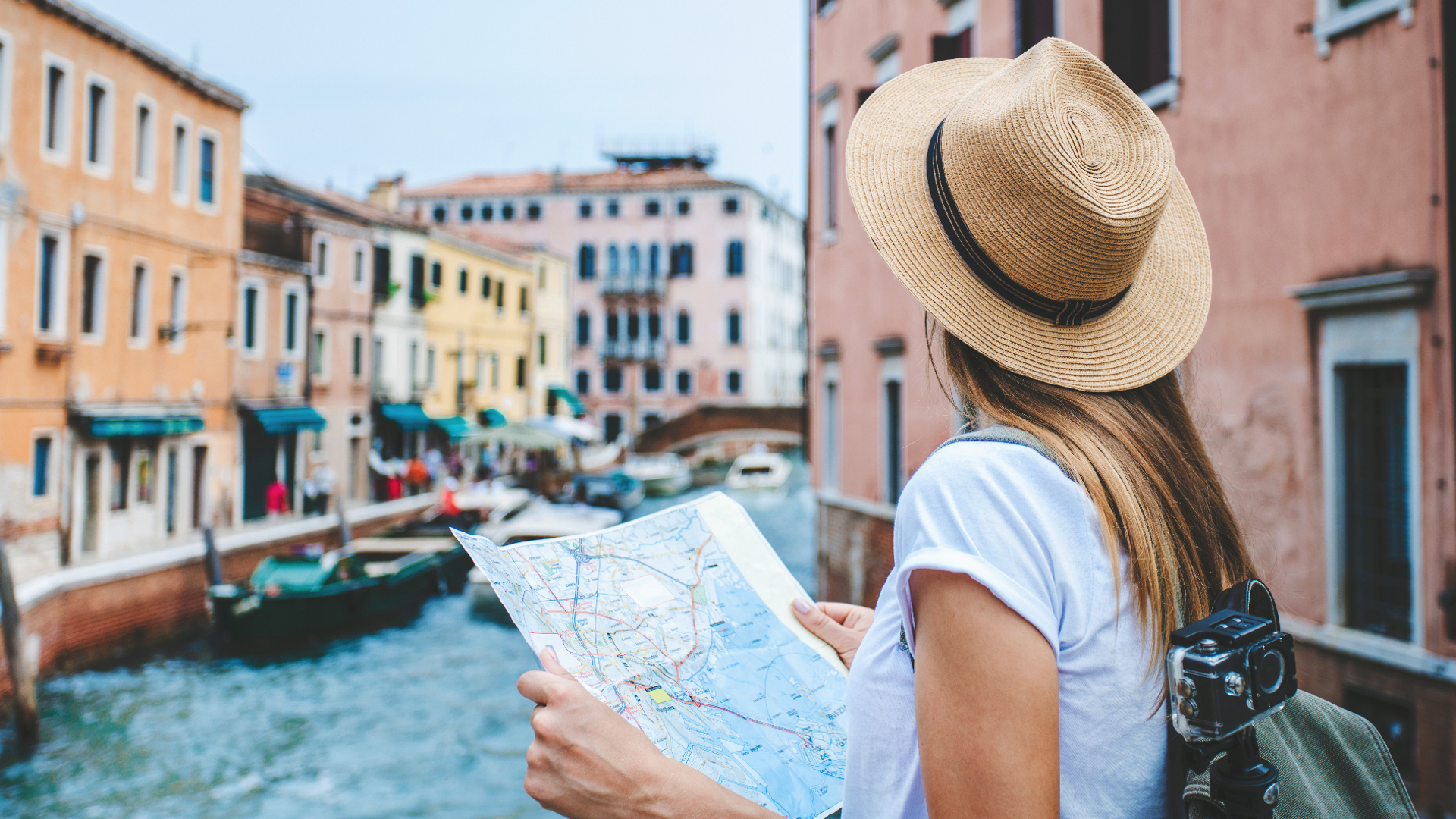 This article is a guest blog on tips for traveling abroad the first time alone from Quincey Klingerman, who’s currently studying abroad in Rome, Italy. She shared her experience and her practices in vigilance and personal safety that she’s learned over the years.

It’s Shelley’s goal that all women are able to learn and utilize these skills for their own personal safety.

Going abroad is an experience of a lifetime that I personally think everyone should experience. Yet, the thought of going out into the world can be an intimidating and scary idea, especially as a woman. Though I’ve traveled out of the country before, this is my first time alone.

From a young age, I constantly worry about worse-case scenarios. So sure enough, I was anticipating the inevitable anxiety that would come with being alone in a foreign country for several months before. Yet, as my time to depart came closer and closer, I was shocked that my fears were overridden by excitement.

I truly give my ability to confidently travel alone to my mother. I feel that I’m far more alert than my peers, which is something I’m proud of.

Unsure of Traveling Alone? Try These Tips for Traveling Abroad for the First Time!

The first weekend of my trip abroad, my roommates and I planned trips to places that we wanted to visit. One of my roommates wanted to meet her friends, who were studying in Florence, Italy, and in Paris.

She was hesitant and ended up not booking the flight, due to the fact she was going to have to fly alone and didn’t feel able. I see our time here as limited, and the opportunities to travel and experience as much as we can as fleeting.

I think the opportunity to visit other cities/countries is something that must being taken advantage while we‘re here.

That same weekend, I booked a train ticket to meet friends from Florence in Northern Italy. I will be traveling alone, but the difference is I feel prepared, as I:

There are little tricks I’ve noticed that I practice without even thinking. Every time I get in an Uber or taxi, I sit behind the driver and pull up my location on the maps to ensure we’re going in the right direction.

As unfortunate as it is that women must take so many precautions, it eases me to know that I have the ability control the situation.

These tricks also come in handy regarding interactions I have with locals and others, in other cities I visit.

We Stand Out In A Crowd

One thing that’s certain when travelling abroad is that everyone knows who‘s American. Whether that you have any contact or not, the way we walk, talk, dress, and ultimately our aura, screams American.

As proud as I am to be American, we are usually prime targets for scammers.

We’re often approached by street sellers to buy something useless after being shared a sob-story, over-charged because they believe we’re too dumb to notice, and/or preyed upon for petty crimes such as pick-pocketing.

As if being a foreigner didn’t already put me at a disadvantage in those regards, being a female sure does.

You Do Not Have to Be “Nice” To Everyone

My roommates and I are consistently approached by men who wish to engage us in conversation. They usually start by stating the fact that we are American. This leads to us being called inappropriate names, because we’re uninterested in talking to them.

It’s obvious that we’re personally targeted, as hundreds of Italian women aren’t even bothered. Culturally, and something I struggle with being from the Midwest, is that I feel the obligation to engage and acknowledge them.

This is out of fear of being rude or disrespectful, whereas the women here don’t care.

One thing my mother taught me and something I’m getting better at breaking the habit, is that I don’t have to be nice. Being “nice” is often what gets us in trouble.

My Intuition Saved My Life

For example, my first week here, my roommates and I were walking back to our apartment after dinner. We live in a very popular, local fan-favorite neighborhood of Rome. Throughout the weekend, the streets flood with locals as we stick out like sore thumbs.

During our walk, an individual approached and complimented me, and then asked to take a picture with me. I said no and walked away.

He then approached my friend who joined us later, and asked her the same thing and if we were going to a bar. She began to talk to him, and he pulled out his phone. I stepped in and removed her from the situation.

He was clearly not from Italy, and I thought maybe I was being rude for completely disregarding him, but everything about him felt off.

Two days later, as I was walking to school, I saw the same man getting in the back of a police car (I have no idea what prompted it).

Ironically, after my initial encounter with him, I spent the whole night feeling as if I was rude.

It’s such a weird thing to feel bad about. However, I thought, “maybe he is lonely or new to Rome and is only trying to make friends.”

But now I can’t help but think that my intuition kept me safe.

Situational Awareness Is Key When Traveling Abroad For The First Time

Maybe I’m biased, but I like to think that I’ve developed a strong sense for uneasy situations. Similarly, I believe that I have the ability to recognize ones that I should not be in.

Despite how annoying it can be re-hearing and be told of new tricks, I feel that I have good situational awareness because of the constant drilling my mom has instituted in me.

I truly believe that because of this, I can confidently travel and make the most of my time abroad without being fearful, as I have the tools needed to be safe.

I don’t let the fear of being a woman while traveling alone affect or stop me from doing things I have longed to do, as I have witnessed happen with some of my peers. 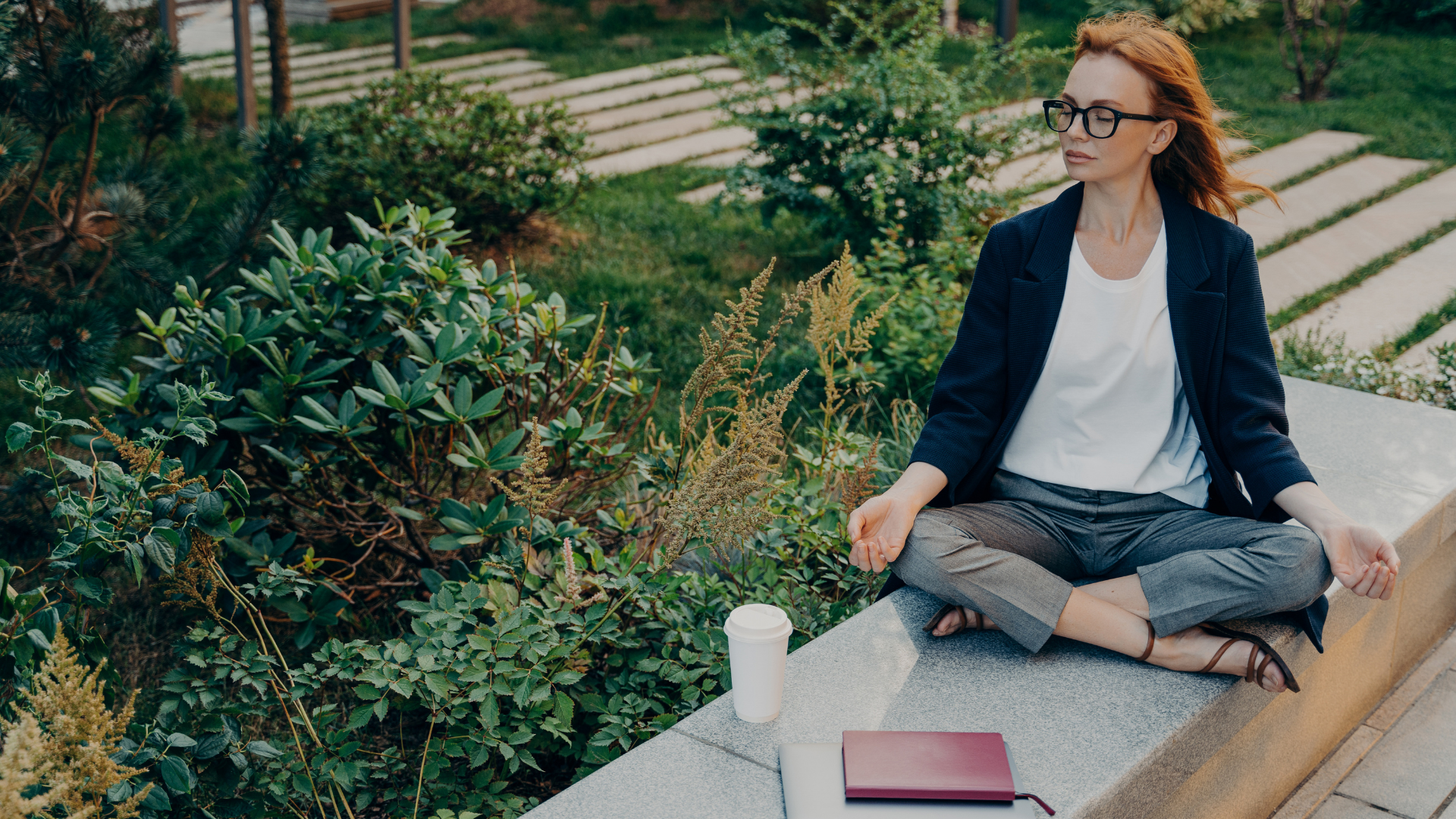 Here at Stiletto Agency during Mental Health Awareness Month 2022, we value the discussion surrounding mental health. We especially value it as a way to promote safety and wellness in the workplace. Whether it’s a large corporation or a small business, promoting wellness is an important part of every workplace. This can come in many forms, and it starts with removing the stigma in the workplace surrounding mental health.  Removing the Stigma According to Peldon Rose, 72% of employees want 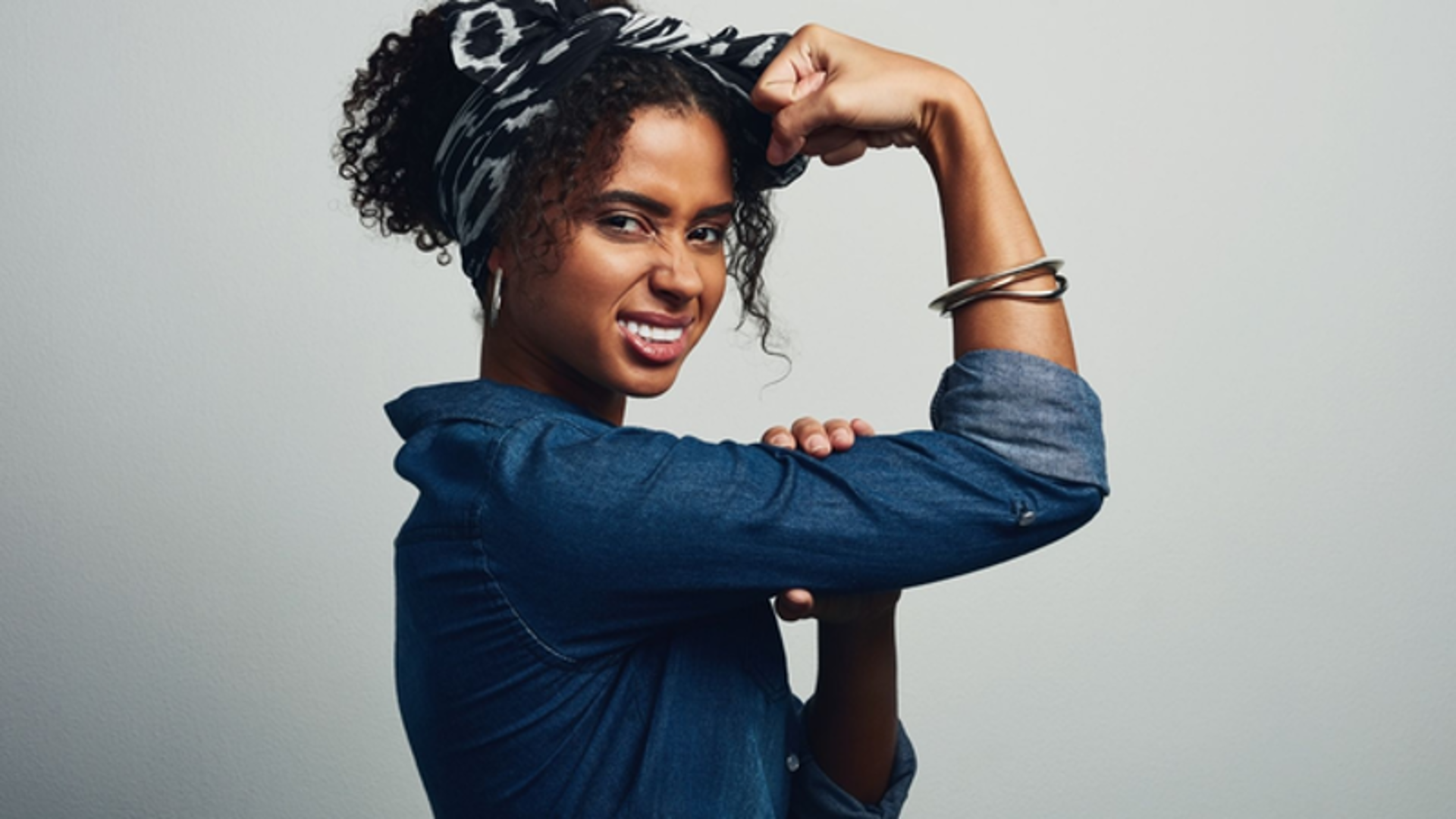 Hey, You! You’re in Charge of Your Own Personal Safety 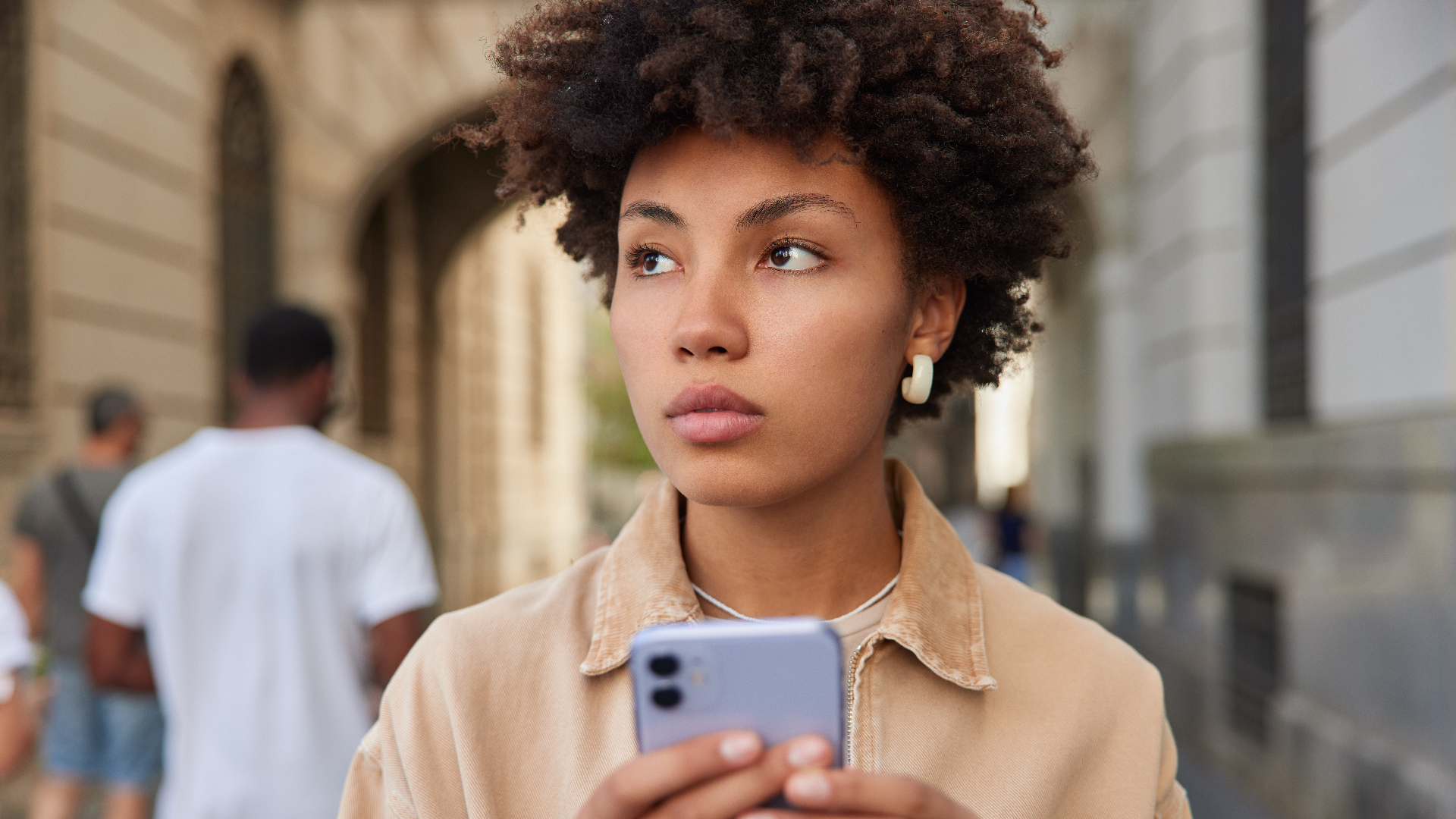 The 3 Danger Signs: How to Recognize What’s Happening Isn’t Okay

In today’s world, you need to know how to protect yourself in public. The potential of being the victim of an active shooter, digital stalker, date rape, or sex trafficking is a very unfortunate, but valid, reality that Americans face everyday. However, there are ways to proactively protect yourself, even if you find yourself in the wrong place at the wrong time. How To Protect Yourself Against Everyday Threats In Shelley Klingerman’s book, “Vigilance: The Savvy Woman’s Guide to Personal 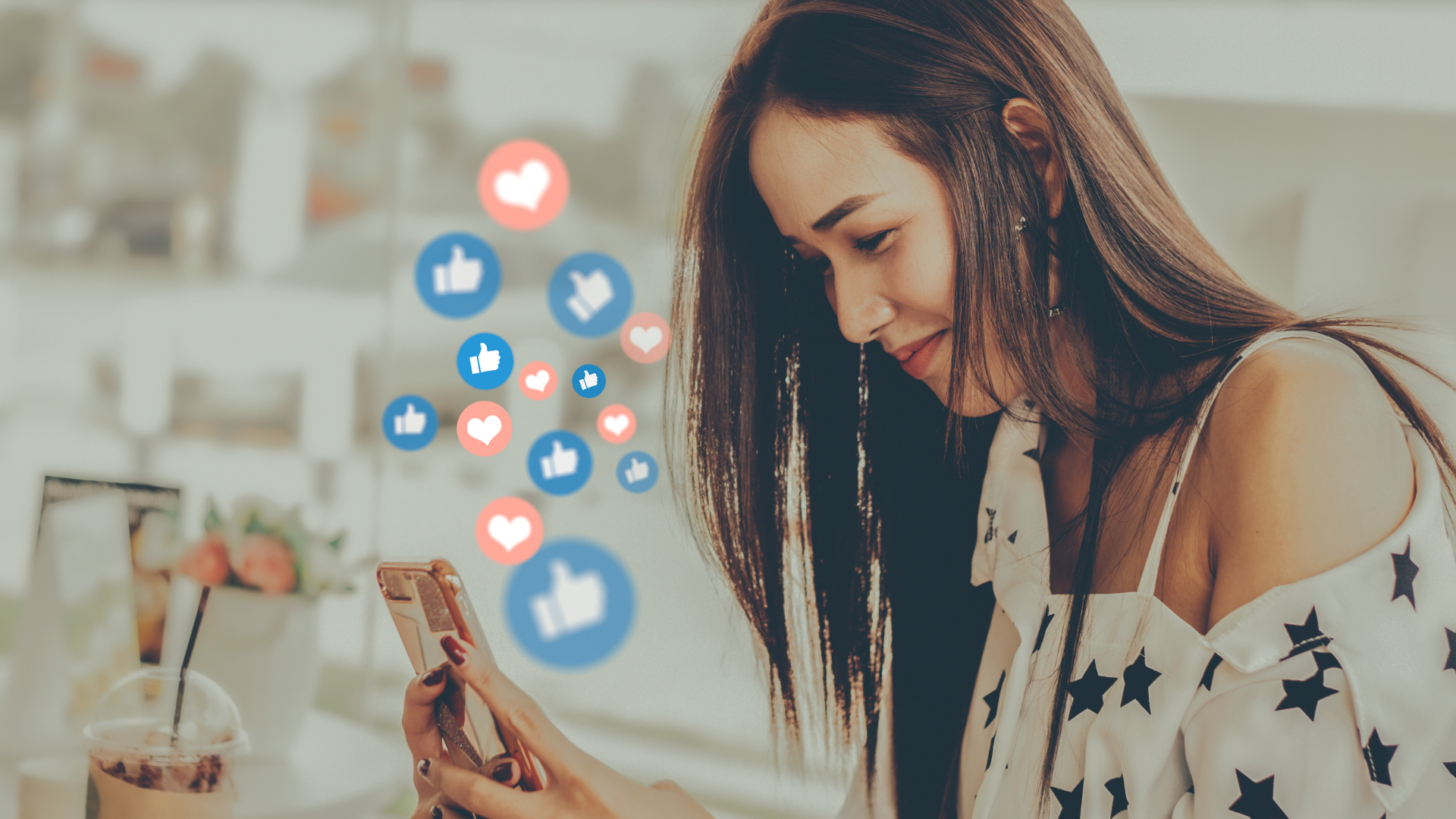 How to Protect Yourself on Social Media

In this day and age, predators use social media and the internet to find and learn about their victims. Pew Research found that roughly 4 in 10 Americans have encountered online harassment in some form. How can you keep yourself safe on the internet and social media? Below, we outline several tips that you can use right now to protect yourself online. #1: Lock in Your Privacy Settings The first step in protecting yourself on social media is to lock